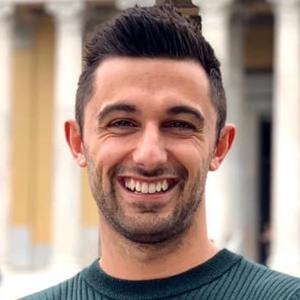 Founder & CEO of TLC Lions & The Unwind Experience, Live Well London Ambassador
Gian Power ACA set up his first business aged 13 and later worked at Deutsche Bank and PwC and witnessed first-hand some of the wellbeing & inclusion issues that need to be tackled in the corporate world. In 2015, an unexpected family tragedy changed Gian's life forever. When returning back to work, Gian saw the power of being able to share his emotions and being his full self at work. Recognising that everyone has a story, he wanted to encourage others to share and saw the power of storytelling. His experiences and inner resilience sparked his passion for prioritising wellbeing and inclusion in the workplace. Gian is the founder of TLC Lions and The Unwind Experience and is passionate about igniting emotion in the workplace, encouraging others to share and be themselves at work. Gian's work has reached 57 countries globally and featured across The Independent, Business Insider and part of a BBC1 documentary. He has been invited to interview names such as Dame Esther Rantzen DBE, Reggie Yates and has spoken at events alongside HRH Prince William and Will Young. Gian also sits on the board of This Can Happen, the UK's largest mental health conference. Nationally, Gian is supported by Westminster and hosts his own round tables in the House of Lords to further the agenda alongside the UK Government ' stressing the importance of inclusion and wellbeing in the workplace. In 2019 Gian was the winner of the NatWest Great British Entrepreneur Awards and named as one of the Empower 100 Ethnic Minority Executives.
Sessions