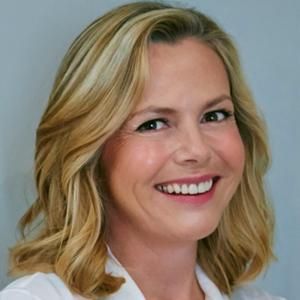 Wellbeing Entrepreneur and Founder of Liz Earle Wellbeing, Liz Earle Wellbeing
Liz Earle MBE is known for her passion for beauty, natural health and wellbeing, as well as her considerable charity and campaign work. She is the bestselling author of over 35 books, TV presenter, an entrepreneur, podcast host and a farmer. Having started her TV career on ITV's This Morning in 1989, she is now back on screen as a regular contributor to ITV's flagship daytime show. Passionate about research and consumer information, Liz was a founder of the Guild of Health Writers in 1994 and FLAG, the Food Labelling Agenda, which campaigned at government level for clear, comprehensive and meaningful food labelling. She is an ambassador and advocate for The Soil Association, The Sustainable Food Trust, Love British Food, The National Eczema Society, The National Osteoporosis Society, The Prince's Trust, The Centre for Social Justice and Restart Africa, as well as a Patron of ACE Africa. In 2010, Liz founded the UK charity, LiveTwice, to offer opportunity to the disadvantaged, operating both in the UK and overseas. Showing entrepreneurial spirit from an early age, Liz has put her name to several successful brands. Her latest business ventures include Liz Earle Wellbeing (lizearlewellbeing.com), a high-quality magazine focused on food and living well (published by Hearst), and Liz Earle Fair and Fine, an award-winning range of ethically sourced, Fairtrade gold and silver botanical jewellery. 75. In 1995, Liz co-founded the Liz Earle Beauty Co., now owned by Walgreens Boots Alliance. She finally left the beauty company in May 2017. In 2007, Liz Earle was awarded an MBE for her services to business and she has also received an Honorary Doctorate of Laws from both Portsmouth University and Staffordshire University. Her latest book, The Good Menopause Guide was published by Orion Spring in March 2018. and went straight in as the No1 Bestseller on Amazon on publication day. Her ebook The Truth about HRT was published in March 2019. Liz lives with her husband and five children on their pasture-fed organic farm in the West Country.
Sessions